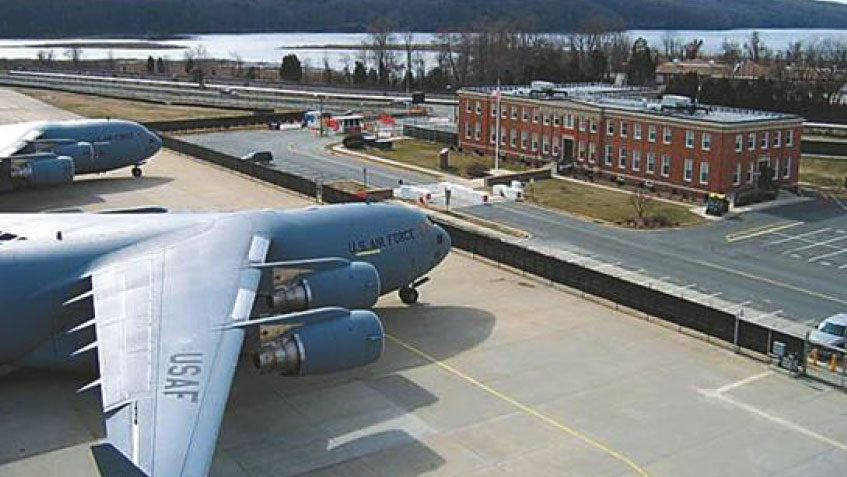 An Article Pulled From www.militarybases.com/marine-corps

Although the Marine Corps has its own aviation unit, the Navy still mainly supports Marines by air and sea. The Marine Corps receives medical aid from the Navy. Currently, there are over 180,000 active Marines strategically placed across the world ready for fast deployment during times of crisis and need. The Marine Corps is best known for their slogan: “The few. The proud. The Marines.”

Marine Barracks represents the oldest military installation operated by the United States Marine Corps. It is located in Washington, DC, and spreads over 6 acres only. The place is commanded by Paul D. Montanus and is also a National Historic Landmark since 1976, Unlike many other installations run by the United States Marine Corps, this one is also open to the public, but only at specific occasions, ceremonies and parades.

Henderson Hall is located in the closeness of the Pentagon, the local national cemetery and a different military facility – Fort Myer. The base spreads over more than 20 acres and hosts multiple facilities, such as the United States Marine Corps barracks and plenty of educational buildings. The base is operated by the United States Marine Corps, but under the jurisdiction of Fort Myer. In fact, the two installations work in a very tight collaboration. It is named after Archibald Henderson, the longest serving commander in the US Marine Corps. He spent more than five decades in this military force and is often referred to as the grand man. The current commander is Ira M. Cheatham.