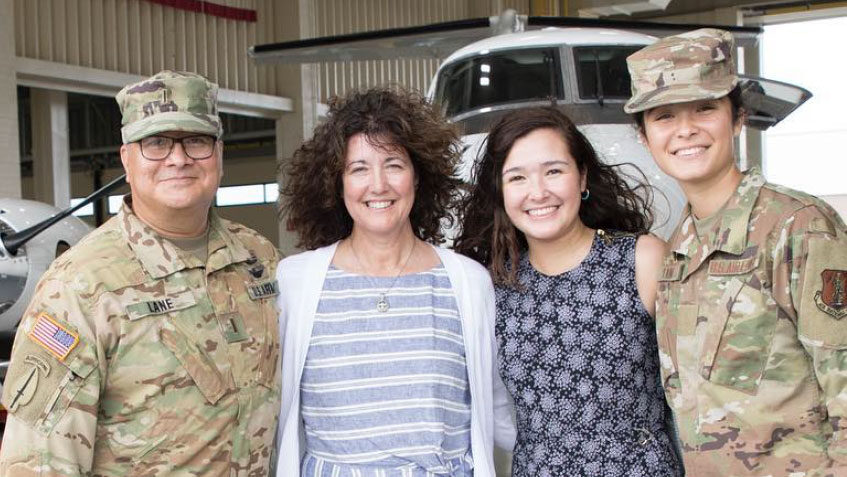 This article is written by and features Tony Lane

My family moved to Cecil County in the early 1970’s. The Vietnam War had recently ended and Bainbridge Naval Base operations was winding down. However, the military presence here was still very strong. Aberdeen Proving Ground used to put on an Armed Forces Day every year to let the community see the Army’s systems and weapons. There were displays, live demonstrations, and vendors giving away samples of all sorts of items. I look back at those days now and realize it was a very effective recruiting tool.

My mother told me that when I was about 8 years old, I sat in a UH1 (Huey) Helicopter and told her I wanted to fly it. Fast forward to my Junior year at Salisbury University (Salisbury State University at the time) I was talking to an Army helicopter pilot about what I needed to do to get into the Army Flight Program. He told me about the Warrant Officer Flight Training program. I had never heard of a Warrant Officer but what he said had me hooked. One week after my senior year I was headed to basic training in Fort Jackson, SC. I was then sent to Fort Rucker, AL to attend Warrant Officer Candidate School, and then flight school. It was literally a life changing time for me. I have been a Warrant Officer for 32 years and do not regret one moment of my time.

I spent the first 4 years after flight school in the Mohave Desert working with Eagle Team, Aviation Observer Controllers at the National Training Center, NTC Ft. Irwin California. I was a young pilot and they gave me an OH 58 helicopter and more desert than I could cover. It was the best helicopter flying in the Army in my opinion. We flew all day, night, and under night vision goggles in some of the harshest terrain in the country. It was wonderful. I learned an incredible amount of doctrine, flight experience, and met some of the brightest soldiers in the US Army at the time. It was a great time in my life.

Leaving Ft. Irwin, I PCS’d to Ft. Rucker Al to become an Instructor pilot teaching new pilots the trade. There we ran classes of student from their first flight to their graduation day. It is where I met my wife, Lisa. She too is an Army Veteran, and a Warrant Officer Pilot.

I left active duty and moved back to this area. I joined the Delaware National Guard. The DEARNG at the time had UH1’s and OH58’s. UH1’s were Air Assault and Medivac units. The OH58’s were SCOUTS. I flew OH58’s for a couple of years serving as the unit Instructor Pilot. After a few years I transitioned in the C12 airplane. I have been deployed multiple times to the Middle East, Africa, South America and travelled extensively around the United States. I was fortunate to have made it to the top of my rank structure, CW5. They call it the rarest rank in the military or the unicorn.

Really, it means that I am old and it’s time to retire. Thank you. 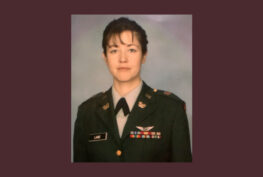