Business of the Quarter – Crouch Automotive 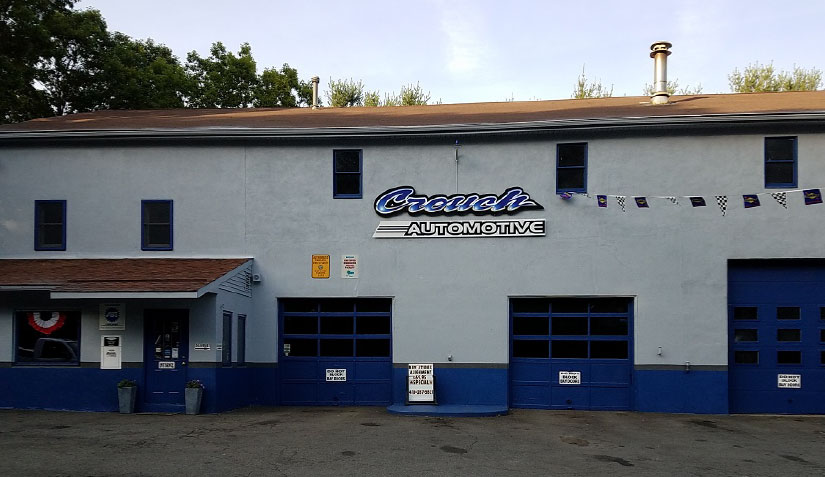 by admin in Business of the Quarter

Crouch Automotive’s owners and staff would like to thank Tom Hogate and the entire Veterans Outreach Ministries staff for all of the work they’re doing each day to help Veterans and their families. We’re proud to be a small part of that as a platinum business partner this year. We’d also like to thank the VOM for making us the Business of the Quarter!

Crouch automotive service and repair company in Cecil County, Maryland, voted “Best Auto Repair Shop” from 2019 – 2021, has three locations to serve their customers. North East, Conowingo, and Rising Sun are the locations of their shops. As an independent repair shop, they service all foreign and domestic vehicles, all years (including those old carbureted models!), all shapes and sizes up to about a Ford F-550 truck. Often Crouch Automotive is asked if they can work on Jaguar’s, Volvo’s,& BMW’s. The answer to all of those questions is a YES! If you can drive it on the road or track, we can work on it! Stop in and give them a try. While you’re there, stop and see Dale or Joanna Crouch, the local business owners, often seen in the shops throughout the workweek.

Owner Dale Crouch – is a certified ASE Master Technician with many years of experience working on cars and trucks at local dealerships and independent repair shops. In the not-too-distant past, Dale has been the guy a few auto parts manufacturers have called for input on their products.  He holds numerous auto manufacturing certifications (GM, Ford, Toyota, etc.). Dale began working on cars and trucks as early as eight years old, with his mechanically inclined, Father and Grandfather. Early on, Dale had a love of hotrods that has endured to this day. He’s been drag racing since 1983. Dale enjoys building race cars, usually from the ground up, and building race engines for himself and others in his spare time. Spending a full day on an engine dyno looking for that extra little bit of horsepower is what he loves to do!

Owner Joanna Crouch – is not a mechanic! Joanna is the business guru at Crouch Automotive. She often helps with engine swaps. As a University of Delaware graduate with a BS in Business Management, Joanna is an ASE certified Auto Service Writer, certified Web Designer, and Dog Trainer. Joanna has a real love for dogs and all animals. Together, Dale and Joanna have four dogs and a guinea pig! After college, Altria Group recruited Joanna, also known as Philip Morris USA, for about 12 years. In her time there, she learned a lot about business and how to sell programs. She was quickly promoted from Territory Sales Manager to Sales Development Associate to Unit Manager in her 1997 to 2012 tenure there. She is also a drag & hotrod enthusiast and a drag racer since 1996. Yup, Joanna. Joanna was one out of three or four ladies racing competitively at Cecil County Dragway in her early days.

Dale and Joanna met at Cecil County Dragway in 1996 but didn’t get together as a couple until 2009. Their early years were quite fast-paced! Crouch Automotive started of necessity when Joanna when Altria Group laid off Joanna in early 2012.

A humble beginning for Crouch Automotive:

It all started when Joanna happened to drive past a 2-bay old gas station-style building with a small office in Rising Sun that was up for rent in January 2012. Then the conversation went something like this:

Joanna: “Hey Dale, I saw this little shop for rent. Do you want to check it out?”

And so, it began! The Crouchs’ contacted the property owner, did some shopping for supplies, and within about 20 days, the building had a fresh coat of paint, some waiting room chairs we found online, and a desk/counter we built together. Crouch Automotive opened on February 15th, 2012. The Crouchs’ veered away from paper invoices to computerized auto repair software within a month. Mid- March brought a new webpage and new Facebook pages. They knew it was going to work out by July, so they purchased the building and property.

As soon as Crouch Automotive opened, they acquired a newfound partnership with a local truck tuning and performance company. Along with Dale’s mechanical abilities, it all paid off in a big way.  Crouch Automotive became the “go-to” shop for Ford 6.0ltr diesel truck repairs in 3 states (one customer from Arizona!). They obtained permits and quickly expanded from two to four service bays with room on the new side to accommodate larger trucks & dually’s.

They  quickly realized that adapting to CHANGE is everything:

By late 2013, Crouch Automotive had three technicians working with Dale and an assistant in the office with Joanna. Their shop and small parking lot suddenly seemed to be closing in with the amount of business they had. They also had the highway administration stopping in, asking them to get the cars off the road!

Unfortunately, a stage 3 colon cancer diagnosis for Joanna at the age of 39 ended their entrepreneurship “high” and slowed them both down… at least temporarily. Soon, every day, Joanna was traveling up and down the road to Johns Hopkins instead of running the office. Luckily, her assistant stepped up to run the office.    Faith, prayer, chemotherapy, and radiation treatments in 2014 contributed to Joanna’s cancer cure. Joanna handled the Crouch Automotive finances at home. She came into work whenever she could and ran a dog and cat food bank every Friday during that period. Joanna was a trooper!

With the influx of cars, especially diesel trucks, the Crouches’ became concerned about space. Seemingly out of the blue, a local real estate agent walked into our Rising Sun shop with an opportunity they couldn’t refuse. He was referring to the sale of a former car dealership in Conowingo. Hesitantly at first, they agreed to buy it. Suddenly able to accommodate many trucks and other vehicles and additional technicians, our business expanded to fill it.  A slight name and logo change accompanied this new facility: “Crouch Automotive & Diesel.”

By 2016 or so, there were fewer and fewer older 6.0 ltr diesel trucks for us to service. Dale tapped into his pastime of fixing hotrods and race cars as another revenue source for us. One never knew what kind of cool old cars & trucks you would see out in front of our shops. People passing by told us they enjoyed driving by just to see what vehicles were displayed that particular day! Working on hotrods led to us opening a Speed Shop in the old showroom of the Conowingo facility. Dale was in heaven, and they had some cool local events, like when we had “The Freakin’ Rican” from the very popular at the time Street Outlaws TV show participate in a drag race in his Mustang against Dale’s purpose-built Nova. This opportunity led to other race-related partnerships and even a once-in-a-lifetime trip for Dale and Joanna to Puerto Rico! Going to Puerto Rico with a race car means the car travels via cargo ship. Dale worried the whole time his Nova was at sea! Perhaps rightly so, because the Nova almost caught fire during travel when a nearby container exploded!  At one point, Dale and Joanna received the news that the Nova was lost at sea! Luckily it made it to Puerto Rico with melted window tint, but without other serious damage. They had a lot of fun but unfortunately couldn’t see a business opportunity there.

Worries about the future of their business with the economic downturn came as winter set in in late 2017. The Crouchs’ talked to their employees about the slowdown and encouraged ideas to bring in new business. Those older show and race cars were lengthy and expensive projects. It was time for a new revenue resource once again…

That November, opportunity knocked again! The owner of a very popular auto repair facility in North East, MD, called them at our Conowingo facility. a Mr. Foster came by to meet with the Crouchs’ as he was ready to retire. Suddenly they were ready to shift gears! They talked to our folks about the new business opportunity and agreed that the increased traffic flow in the more densely populated area would be a welcomed addition. We acquired Foster’s Auto Service in March of 2018.

The Crouchs’ renovated the building inside and out, and we worked to maintain their same great service and reputation and incorporate our experience. This most recent business move, or change, has helped us grow and enabled us to maintain our other shops and our valued employees. Stop in and see the Crouchs’ for great, friendly service at any of our 3 locations. Dale and Joanna Crouch look forward to meeting you!

Change can be scary, but take the leap when you can and reap the rewards! 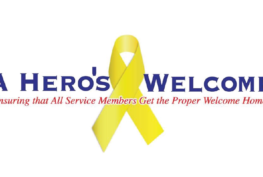 Business of the Quarter – A Hero’s Welcome 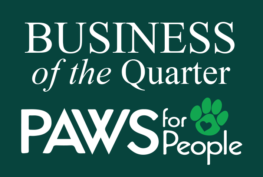 Business of the Quarter – PAWS for People 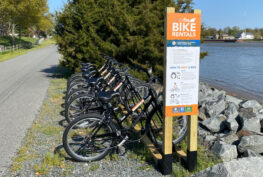 Business of the Quarter – Fin 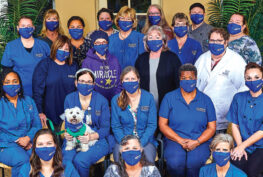 Business of the Quarter – Delaware Hospice