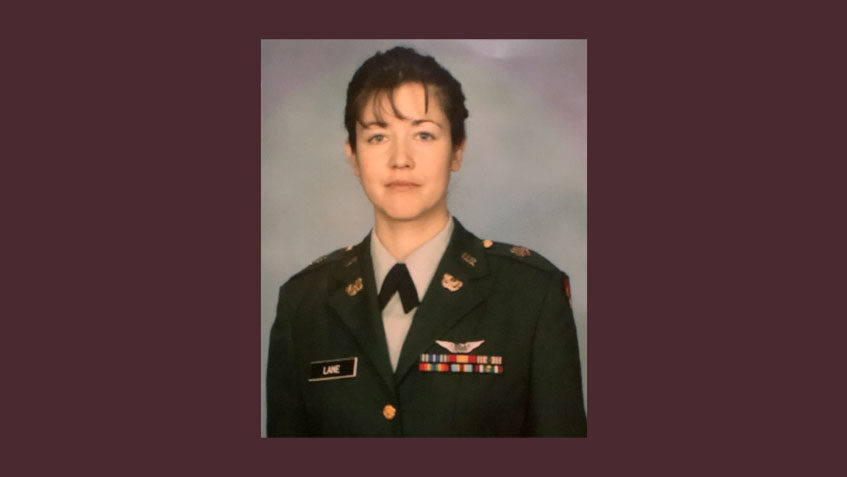 I grew up in Owosso, Michigan, a small rural town located just outside of Lansing. Right out of high school, I joined the Army. I really craved travel and adventure and that’s what I got. I enlisted for 3 years and got sent to Frankfort, Germany to the B company, 17th signal Battalion as a 31M for my tour from 1986-1988. I loved it. I went on every USO tour and vacation I could. I traveled everywhere. I went to the Berlin wall. I left Germany in November 1988 and when the wall came down in 1989, I knew it was a significant event.

After my enlistment, I went home to Michigan and went to college. I attended Michigan State and majored in Biology with a teaching certificate. I had also enlisted for the Michigan National Guard. I was using the GI Bill to pay for college and the guard was like a part time job. In January 1991, my guard unit was activated for Operation Desert Storm. We deployed to Saudi Arabia not knowing what to expect.

In the 146th military police detachment we were assigned to a POW camp in the desert, managing the capture of several thousand Iraqi prisoners. Being in Saudi Arabia was eye opening. Life styles there were so different from ours. I was required to wear a burka and headscarf when leaving our base. I was not allowed to shop or order food without a male escort. Women had few rights there. The experience was very humbling. I went home with an appreciation for our western freedoms. Upon returning to the states, we were all welcomed home with much pomp and circumstance.

Back home in Michigan, I finished college. I waivered on whether or not to stay in the National Guard or focus on a new teaching career. On a whim, I applied for Army flight school through the guard. By this time I had almost 10 years in the military. The Michigan National Guard offered to send me to flight school to become an Army helicopter pilot.

Off I went to Warrant Officer Candidate School followed by Initial Entry Rotary Wing Training in 1995 at Fort Rucker, Alabama. Flight school was an awesome experience. I graduated a year later and headed back to Michigan to fly the UH-1, HUEYs in an Air Assault unit. Also, I had met my husband- to- be while at Ft. Rucker. He was a pilot too on active duty flying the OH-58, Kiowa back then.
Soon after flight school, we married and moved around a bit and then to Maryland. I transferred to the Maryland Army Guard in Edgewood, in 1997 and flew Hueys and then UH-60 Blackhawks for them in a Medevac unit. Then in 1998, my first, child was born. I continued to fly. I will say I was one of the very few female aviators at the time it was a bit new to the Army to have pregnant aviators. I was definitely a pioneer on that score.

In 2000, my second daughter was born. In 2002 I had served out my commitment, I chose to exit the military as a CW2 and focus on raising my kids and going back to school for a Master’s degree. I began my teaching career with Cecil County Public Schools in 2005 and am still currently teaching biology at a Cecil county high school. My daughters are now grown and my husband flies the C-12 for the National Guard with many deployments under his belt. For me, it was an honor and a privilege to serve my country, meet so many great people, and I am truly a proud veteran.