Women in the Military, Part 1 of 2

Home / Interest / Patriotism / Women in the Military, Part 1 of 2 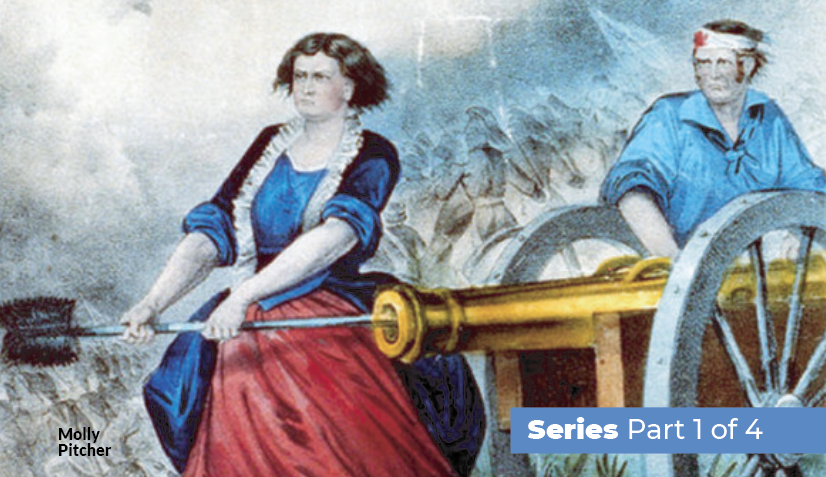 This is the first in a four part series highlighting females accomplishments and the evolution of their services to the country and military. I am Lishamarie Hunter, I am a retired veteran. I spent 25 years in the Army as an Ordnance soldier.

2019 begins with a historical number of women being voted into office so maybe this is a good time to discover how influential women have been in the creation of our democracy. Women have been present on the battlefields since the revolutionary war.

Listed below is a rough timeline of historical advancements for women laying the foundation of what we see within our military, as women take on more roles within the institutions that protect and preserve our democracy.

1775–1783
During the Revolutionary War, women follow their husbands to war out of necessity. Many serve in military camps as laundresses, cooks, and nurses but only with permission from the commanding officers and only if they proved they were helpful.

1782-1783
Deborah Sampson serves for over a year in General Washington’s army disguised as a man. After being wounded, her gender is discovered and she is honorably discharged. Later, she receives a military pension from the Continental Congress. 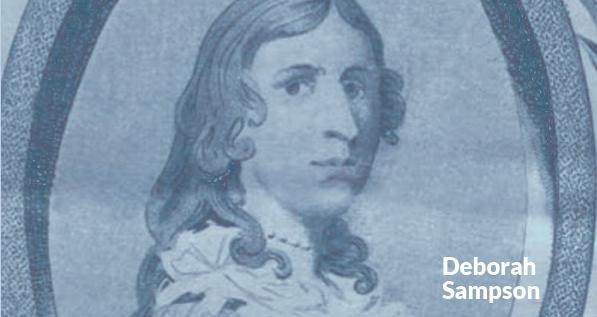 Deborah Sampson Gannett, better known as Deborah Samson or Deborah Sampson, was a Massachusetts woman who disguised herself as a man in order to serve in the Continental Army during the American Revolutionary War. She is one of a small number of women with a documented record of military combat service.

Molly Pitcher, folk hero or legend? The story goes that Molly Pitcher was believed to have been Mary Ludwig Hays, born circa October 13, 1754, near Trenton, New Jersey. During the American Revolutionary War’s Battle of Monmouth, she carried pitchers of water to soldiers, thereby earning her nickname.

After her husband collapsed during the battle, she took over the operation of his cannon. Honored in 1822 for her bravery, she died in Carlisle, Pennsylvania, on January 22, 1832.

There are many other women who also volunteered their service during the American Revolution and whose lives may have contributed to the legend of Molly Pitcher.

1812
During the War of 1812, two women, Mary Marshall and Mary Allen, serve as nurses for several months aboard the USS United States at the request of Commodore Stephen Decatur.

1846–1848
During the Mexican War, Elizabeth Newcom enlists in the Missouri Volunteer Infantry as Bill Newcom and marches 600 miles to winter camp in Colorado before being discovered and discharged.

1861–1865
During the American Civil War, women serve as matrons (administrators) of hospitals as well as nurses and cooks in both Union and Confederate battlefield hospitals. Wealthy women help fund permanent hospitals. Dr. Mary Walker becomes the only women to receive the Medal of Honor, the nation’s highest military honor. Women also serve as spies and some, disguised as men, serve as soldiers.

In September 1863, Dr. Walker obtained employment with the War Department, like many male physicians, as a “Contract Acting Assistant Surgeon” – equivalent in pay and authority to a lieutenant or captain depending on length of service and experience. While assigned to the U.S. Army of the Cumberland medical department, and briefly replacing the regimental surgeon of the 52d Ohio Infantry, Mary conspicuously dressed in a modified uniform of her own design: a blue dress resembling an officer’s frock coat, blue trousers with gold piping on the seam, felt hat, and the green sash of a surgeon.

Captured by Confederates in April 1864, she spent four months as a prisoner of war before she and other Union doctors were exchanged for Confederate medical officers.

On her return, the War Department assigned Mary as medical director in a hospital for women prisoners in Louisville, Kentucky, until she left government employment. Commended by Major Generals William T. Sherman and George H. Thomas for meritorious service, President Andrew Johnson awarded her the Medal of Honor on November 11, 1865. The only woman to ever be awarded the Medal of Honor.

1898
During the Spanish-American War, 1,500 civilian women serve as nurses assigned to Army hospitals in the U.S. Hundreds more serve as support staff, spies, and a few disguise themselves as men to serve in the military.

1917–1918
During last two years of World War I, women are allowed to join the military. 33,000 women serve as nurses and support staff officially in the military and more than 400 nurses die in the line of duty.

1941–1945
During World War II, more than 400,000 women serve at home and abroad as mechanics, ambulance drivers, pilots, administrators, nurses, and in other non-combat roles. Women in the Second World War took on many different roles during the War, including as combatants and workers on the home front.

The Second World War involved global conflict on an unprecedented scale; the absolute urgency of mobilizing the entire population made the expansion of the role of women inevitable, although the particular roles varied from country to country. Millions of women of various ages died as a result of the war.

1950–1953
During the Korean War, over 50,000 women serve at home and abroad. 500 Army nurses serve in combat zones and many Navy nurses serve on hospital ships. 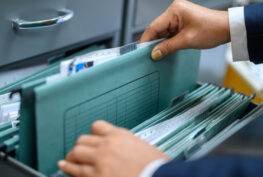