Women in the Military, Part 4 of 4

Home / Patriotism / Women in the Military, Part 4 of 4 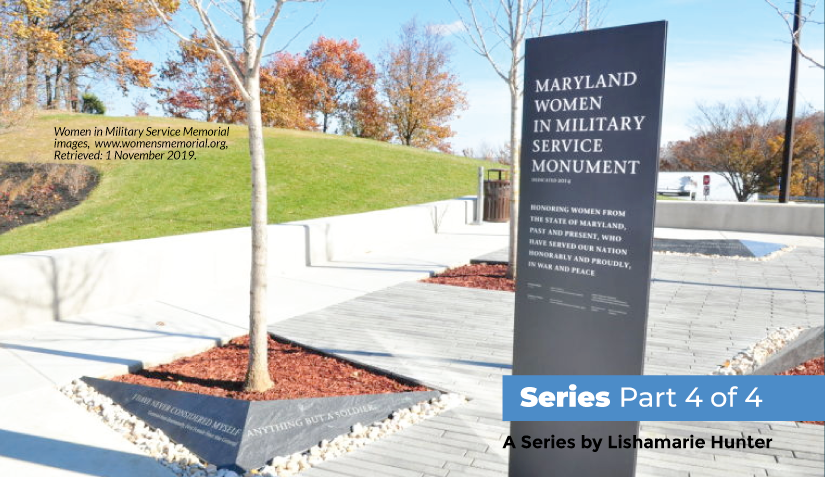 This is the last installment of the four part series celebrating all the contributions that women have made for this nation’s democracy and freedom. Women have always stood ready to serve and fight for this country, starting in the revolutionary war to our current conflict situations throughout the world. Within this last article I will list some of the memorials and monuments that you and others could use to plan your summer vacation around. Or possibly celebrate Women’s Equality Day 26 August or Women’s History Month during the month of March.

Maryland Women in the Military Memorial

This Memorial focuses on the contributions specifically of the women who have served. Maryland has approximately 463,000 military veterans. As of 2007 of those, 44,000 are women. Lawmakers began planning of the Memorial, in 2005. After several committees and task forces the monument never was built. In 2014, a push to honor the service and sacrifice of women was renewed. The monument was a tribute to women of Maryland who have served and are serving whether in peace time or during conflict in the United States or Overseas. Jerry Boden, chief of staff for Maryland Department of Veterans Affairs suggested putting the monument where people from all over could see it. So it currently resides at the Chesapeake House Travel Plaza with the approval of the Maryland Transportation Authority.

The Chesapeake House gets over 5 million visitors annually. The designs are made up of several triangular plaques at the base of trees. These are made from granite each are engraved with inspirational quote about women’s service in the military.

Women in Military Service for America Memorial (WIMSA) was established by the government and honors women who have served in the United States Armed Forces. The monument is located at the end of Memorial Avenue and he entrance of Arlington Cemetery.

This monument was originally known as the Hemicycle and was built in 1932. The Hemicycle was to be used as the entrance to the cemetery. It was built as a to honor the 200th anniversary of George Washington the first president of the United States and Revolutionary War hero.

It was never used as the entrance to the cemetery, its original purpose. By 1986 it was it quite a bit of disrepair. In 1985, Congress approved the Memorial and in 1988 they allowed the Hemicycle for the WIMSA. Competitions were held and Marion Weiss and Micheal Manfredi’s designs won. Much controversy surrounded the design of the WIMSA.

The design was revised and eventually approved in March 1995 and ground was broken in June 1995. The structure was dedicated in Oct 1997. Women have contributed to the rich history with articles of clothing and stories of their contributions to the Armed Forces. You can find much more history about the Memorial at the www.womenmemorial.org.

The Vietnam Women’s Memorial is dedicated to the women of United States Military who served in Vietnam during the war. The majority of women who. Served during the war served as nurses. The monument reminds those who visit the National Mall of the service to the country during this time of conflict. The monument is part of the Vietnam Veterans Memorial. A former Army nurse founded the Vietnam Women’s Memorial in 1984. Glenna Goodarce designed the Memorial and it was dedicated on Veterans Day 1993.

There are plans for a monument dedicated to the women in military service in Delaware. The monument will be built next to the Legislative Hall. The dedication was scheduled for Mother’s Day 2018. The cost of the project is $51,000. The purpose is to ensure that all the women in Delaware are represented in the finished project. No image was found upon researching.

What I discovered while writing these articles were that women have served throughout this nation’s history. It has been a struggle to get support for their issues and concerns, through agencies who would provide those services. Lastly, that there are very few monuments and memorials that provide acknowledgement or celebrate their accomplishments. 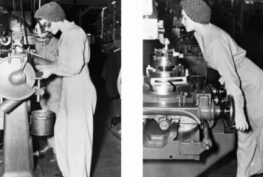