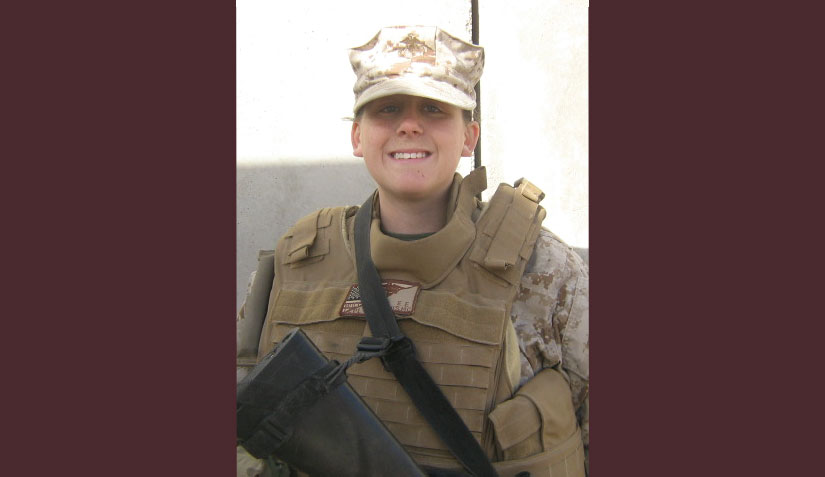 Joined the USMC reserves in 2006, went to bootcamp at Parris Island, SC in July. Went to Camp Geiger for Marine Combat Training in October followed by specialized training in Twenty Nine Palms, CA where radio, linesman and computer processing specialties are trained. First duty station was Willow Grove, PA where she set up Forward operating Bases for training and pre-deployment communications.

Performed training for urban desert operations in Yuma, AZ followed by preparing for deployment in Camp Pendleton, CA. Deployed to Al Asad, Iraq for a 7 month deployment where she set up networks for convoys and forward operating bases. Returned to Willow Grove, PA and then moved to joint base Ft. Dix, NJ for her remaining time in the Marine Corps.