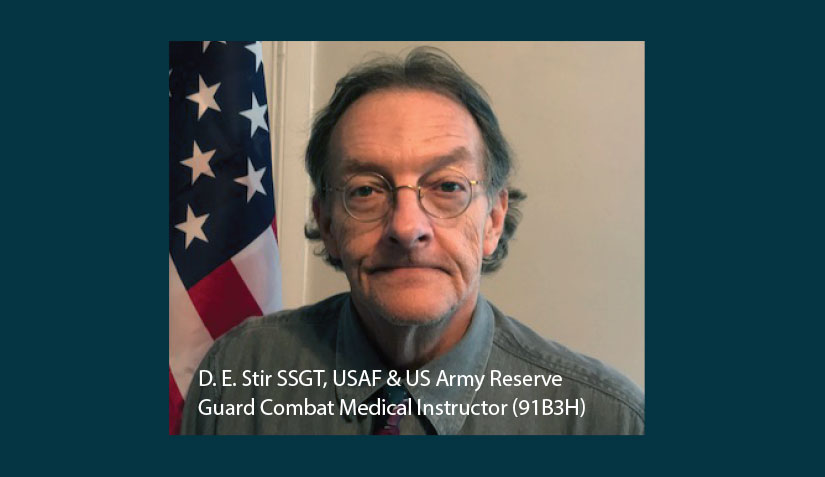 My name is Ed Stir and I was born at Offutt AFB, NE. My father was career military. I entered the USAF at 17 and did my basic at Lackland AFB, San Antonio, TX, I PCS’d to Dover AFB, where I worked in the ER/Ambulance Crew. Here I became an ACLS Instructor and a National Registry EMT, which was a new thing then.

At Dover, we recovered the American remains from Johnstown, Guyana, and the Canary Islands plane crash that together killed almost 2,000 people, 18 months apart. I also attended Flight School at Brooks AFB, TX for Aeromedical Evacuation- I was later Honorably Discharged and enrolled in Wesley Colleges Nursing Program, under the Vietnam GI Bill, in Dover, DE, and I worked in the local emergency room while in school and after graduation.

Later I traveled to Texas and joined the National Guard in Houston, where I served as NCOIC Medical (flight) Section, 149th AHB, 2 months later I was activated for Desert Storm with the 217th Evac out of San Antonio.

After the war I moved to Teen Challenge, Hot Springs, Arkansas. Teen Challenge is a Faith Based Program that helps those struggling with life controlling issues. My issue was alcohol and PTSD and panic attacks. I later did an Internship there and attended Teen Challenge international Ministry Institute, known as Staff Training School, in Jacksonville, FL. After this I moved to Douglasville, GA, where I joined the Chaplains Training Detachment at Dobbins ARB, in Marietta, GA., then later transferred to the 248th, Medical Company Marietta, GA., where I was Platoon Leader of the Treatment Team.

I came home to Delaware to be close to my Grand-babies, They are the best! I’m Service Connected Disabled and can’t work. So I went back to school and earned my Bachelors Degree in Theology at The Sure Foundation Theological Institute. I’ve been trained in Biblical Counseling and Addictions Ministry at Elijah House. I was led to Victory Village Veterans Transitional Living Center, located in Middletown, DE, where we help Honorably Discharged Veterans that are facing difficult time in life, get back on their feet. I came on as the Volunteer Resident Chaplain and later added the title of Volunteer Resident Manager, both of which

I am still going 3 years later. I can truly say that Jesus, our Messiah SAVED MY LIFE! He has brought me full circle and I’ve experienced too many things for this short bio, but I’m grateful for all He has done and I’m grateful for all those fellow veterans out there. Together we CAN overcome! Welcome home! 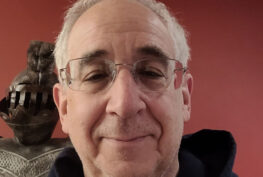