Veteran of the Quarter – Scott Stevens 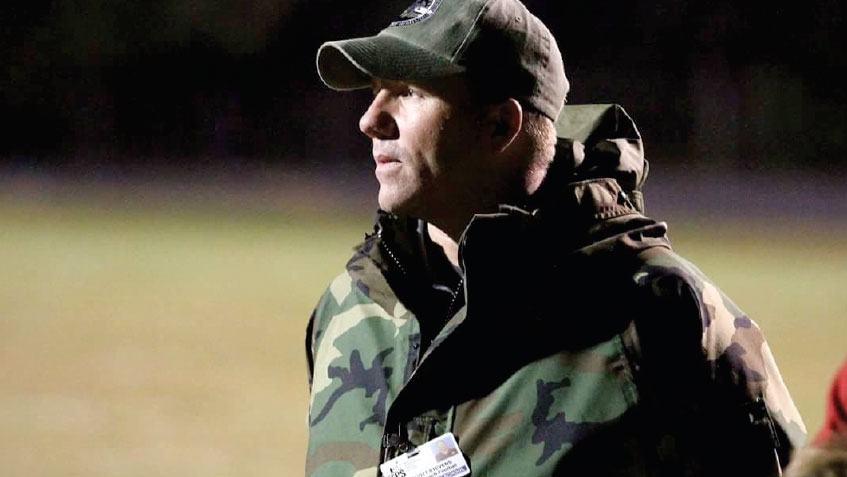 Scott C. Stevens, a native of Spartanburg SC, who currently resides in Charlestown, MD. Scott served in the US Army as an Enlisted Tank Mechanic on active duty from 1990-1995. Scott attended Basic Training at Fort Dix, NJ and was stationed at Aberdeen Proving Grounds. Scott served as State Side Support during Desert Storm at U.S. Army Combat Systems Test Activity (Aberdeen Test Center)- in Aberdeen, MD. During training Scott injured his left shoulder and has 20% VA Rated Disability.

After his active duty time was complete, Scott went into the National Guard in Edgewood, MD as a Helicopter Mechanic until 1998. Scott then went on to use his Montgomery GI Bill College Fund to get his BS in Psychology from UMBC and graduated with honors in 1999.

Scott also spent an additional two years in pursuit of his Gospel Ministry License from the Christian Service Center Ministries in Bel Air, MD. He was a Youth Pastor for fourteen years and now is an Associate Pastor for Life Church in Aberdeen, MD.

Due to his love and compassion for helping others and especially Veterans, Scott has returned to working with Veterans for the State of MD as a DVOP, Disabled Veterans Outreach Program Specialist, Job Specialist since 2015.

Scott loves to help Veterans with resume writing, mock interview questions, job readiness and distributes job leads directly to Veterans in the Maryland, Delaware and Pennsylvania areas.  Scott also takes an active role in the community by being on the Board of Directors for Cecil County Fellowship of Christian Athletes, FCA, serves as a Character Coach for Perryville High Football and is a Member of the American Legion in Perryville and DAV in Elkton, MD.