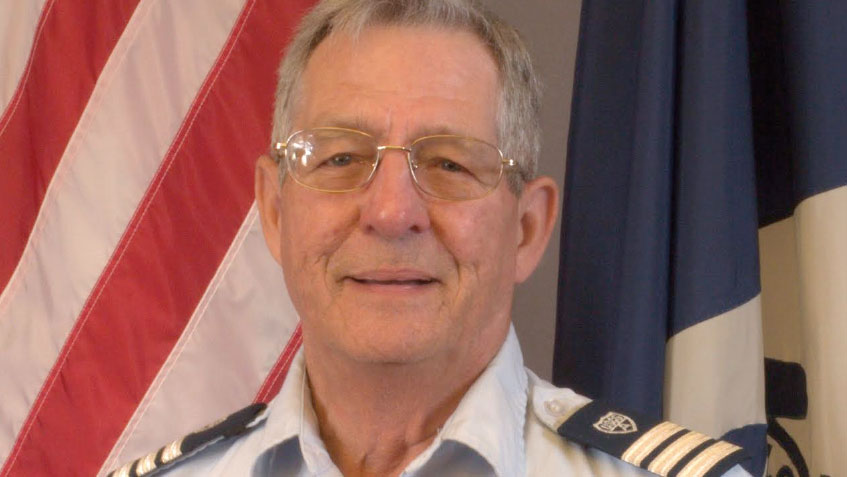 I was born in Philadelphia, PA on 10 Dec 1940 and raised in Wilmington, DE. I have been married to Janet L. Grimminger for 40 years. We have 6 children, all grown up. I have lived in the Middletown, DE area since 1952. I Enlisted in Battery C, 197th AAA Bn (AW)(SP), Delaware Army National Guard on 31 Mar 57. This Unit was changed to HQ, 109th Ord Bn (Ammo) and he was assigned to this unit. This unit was ordered to Active Duty during the Berlin Crisis in 1961.

After Active Duty, I was assigned to the 1049th Transportation Company when he became a Full Time Employee of the Delaware National Guard as an Administrative and Supply Technician (AS&T). When the unit was changed to Co A, Ranger Company, he was with the unit until he transferred to the 261st STRATCOM as the Financial NCO. He then transferred to Troop Command as the Operations NCO.

During this time I worked Full Time not only with the 1049th Trans. Co, but at the Army Aviation Support Facility and the USP&FO For Delaware where he retired in Dec 1994 as the Warehouse Foreman. On the civilian side of SGM Grimminger, he as been involved with the Cub Scouts and Cub Master two different times, once when he had a son in the Scouts and another time, 28 years later, when his church wanted to start a Cub Scout Pack and he took on the Cub Master position to get the pack started.

My other involvement in the civilian world is with the local School District where I keeps up to date on how we are educating our children. In this area, I have run several successful School District Referendums where the people of this District voted to approve a tax increase for construction and the education of the children in the District.

I am also involved with the U.S. Coast Guard Auxiliary, where I am a Past Division Captain, and at the present time, the District Directorate Chief – Prevention. This District takes in all of the State of Delaware, most of New Jersey and most of Pennsylvania. I am also heavily involved with the patrolling of the Delaware Bay under the command of the U.S. Coast Guard and the Auxiliary, which is under the Department of Homeland Security.

I got involved with Victory Village several years ago when I saw an article in the Middletown Transcript Newspaper. My wife and I drove out to see what the place was all about. Next thing I know, I started cutting the grass, which at that time was almost 3 feet tall, and also doing some repairs to the buildings, etc.

Then we worked to get the property up-to-speed with required repairs in order to get approval to open Victory Village as a home for Veterans in transition. Rick Hagar, who is the President and CEO of “National VAC”, assigned me the position of “Facilities Manager”. All of us who help out/work at Victory Village are volunteer’s.