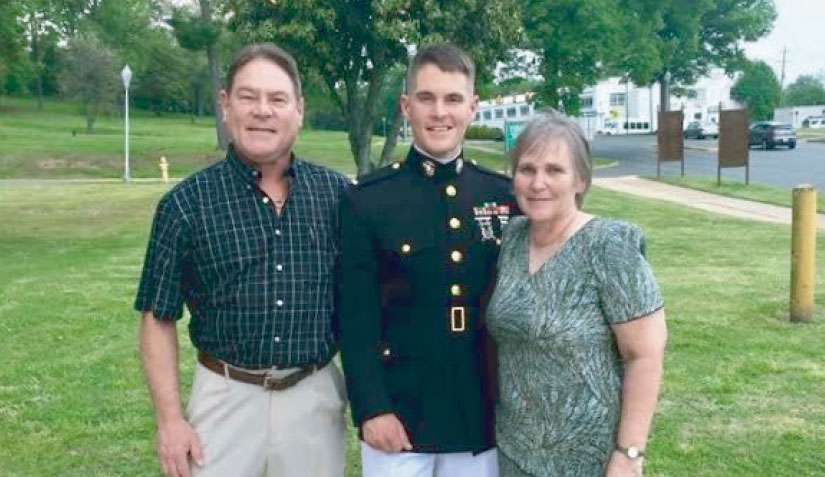 Captain Jolen C. Hague became the first Eagle Scout of Troop 283 in October, 2003. He graduated from Newark High School in May, 2005. His love of country and desire to defend her from the terrorist threats from abroad resulted in his enlistment in the United States Marine Corps in August of that same year. After boot camp, Private First Class Hague attended the School of Infantry-East, then reported to the newly formed Anti-Terrorism Battalion in Camp Lejeune, North Carolina, serving as a team leader and squad leader. 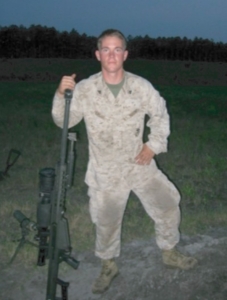 During this tour he deployed to the U.S Embassy in Baghdad, Iraq and was meritoriously promoted to Corporal. Corporal Hague was looking forward to coming home when due to mission requirements one of his fellow Marine’s would have to stay for an additional tour. Discovering this fellow Marine had a new wife and child, Corporal Hague volunteered to take his place for the additional tour. The Anti Terrorism Battalion cased their colors in 2007 and Corporal Hague was transferred to 2nd Battalion, 9th Marines.

Upon returning to Camp Lejeune Corporal Hague was the only one to pass the rigorous and physically demanding entrance requirements to join the Scout Sniper Platoon. He completed the Scout Sniper Basic Course in Stone Bay, North Carolina, graduating in March 2008. Of the three awards possible for sniper graduates, Corporal Hague earned both the High Stalker and Honor Graduate awards, missing Top Shooter by only one point. Returning to the Two-Nine he was assigned as a Sniper Team Leader, was again meritoriously promoted to Sergeant, and deployed in support of Operation Iraqi Freedom to Ramadi, Iraq from August 2008 to April 2009. For his performance, he was awarded the Navy Commendation Medal during this deployment.

Sergeant Hague transitioned from active duty in August 2009 and attended college at the University of Delaware in January 2010. Sergeant Hague joined the Selected Marine Corps Reserve in November 2010 at Quantico, Virginia eventually serving as the Chief Scout for Delta Company, 4th Light Armored Reconnaissance Battalion. Delta Company supported operation Shared Accord in South Africa in July 2011. In December 2012 he was promoted to Staff Sergeant after attending Platoon Leaders Class Juniors. Staff Sergeant Hague earned his Bachelor of Science Degree in January 2014 and was Commissioned as a Second Lieutenant.

2ndLt Hague graduated TBS (The Basic School) in the top 10% of his class, and after completing the Infantry Officer Course in December 2015 he was assigned as a Platoon Commander in Comanche Company 3rd LAR in Twenty Nine Palms, CA. After deployment from Okinawa, Japan, newly promoted 1stLt Hague returned to Twenty Nine Palms as the Executive Officer, and later, the Company Commander for Comanche Company. Upon promotion to Captain in 2018, he transferred to the Infantry Training Battalion, Camp Pendleton, CA. Captain Hague currently serves as the Kilo Company Commander, Marine Training Battalion, with Katie, his amazing wife of nine years.